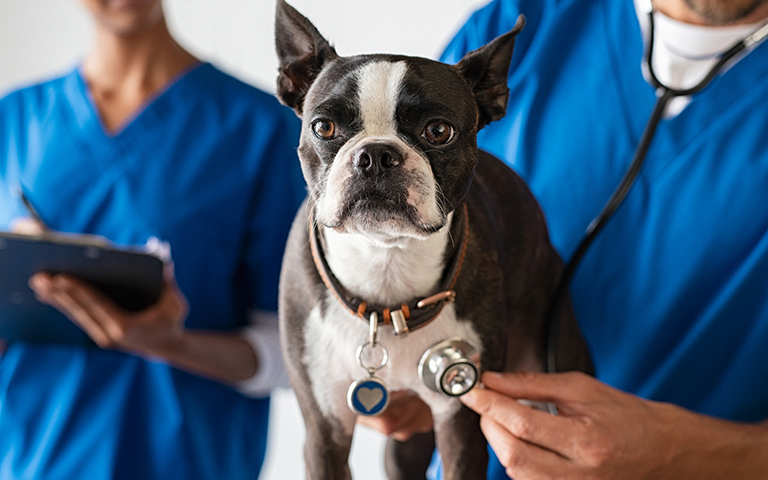 In June of 2018, Lisa Freeman, a board-certified veterinary nutritionist from Tufts University published a blog titled “A broken heart: Risk of heart disease in boutique or grain-free diets and exotic ingredients.” This blog warned pet owners and veterinarians that ‘BEG’ (boutique, exotic, grain free) diets were causing heart disease in dogs. This left professionals and the public scrambling for more information, which was further fueled by media frenzy. As a result, the FDA launched an investigation which was complicated by sampling bias, overrepresentation of subgroups and confounding variables. For the past two years, despite additional commentary articles, scarce and vague scientific data and inconclusive FDA reports, information regarding DCM has been incomplete at best. Lack of information has been accompanied by abbreviated synopses of case studies with multiple variables and treatments, incomplete medical information and conflicting medical data and opinions from veterinary nutrition influencers.1

The reality is that there are many variables that may, or may not, impact the onset, disease process and outcome of DCM. Available studies lack evaluation of isolated variables in a controlled environment free from sampling bias. For example, many unknowns exist surrounding numerous nutrients, genetics, hypothyroidism, myocarditis, arrythmias and other diet-related etiologies.1

One of the largest points of contention within this investigation is that pet owners and even some within the veterinary community are unaware of the multiple etiologies and the complex relation of nutrition to DCM. Causative factors behind DCM have been oversimplified to blame grain-free foods – which is fundamentally incorrect and is a disservice to the field of nutrition and the health and wellbeing of pets.

Any self-respecting nutritionist knows that nutrients, not ingredients, make up a well-formulated diet. Nutrition is far more complex than this 2-year conversation has given credit to – and this review acknowledged that. At the same time, this paper also cited the importance of having a general knowledge of the incidence, clinical manifestations, diagnostics and potential treatments required before digging into the rest of the DCM conversation. Let’s have a look:

The most common cardiovascular disease in canines is chronic degenerative valve disease (approx. 75%), followed by DCM as the second most common. The incidence of DCM appears to be 0.5 and 1.3% of the population, with the majority of cases being an inherited, genetically linked condition.1 Certain breeds and male dogs are often reported to have a higher incidence of DCM – with most cases appearing in middle age to older dogs.1 It was thought that mixed breed dogs had a greater protection against developing genetically linked types of DCM, however statistics show this is not the case. The authors highlight the need for more research in both purebred and mixed breed dogs and the genetic relationship to DCM.

Clinical manifestation, or presentation of the disease is elusive in many cases. Most dogs have no outward symptoms in the beginning stages of the disease. If undiagnosed DCM progresses on to include decreased efficiency and effectiveness of the heart muscle leading to exercise intolerance, congestive heart failure (CHF), syncope (passing out), and even sudden death. Unfortunately, sometimes there are no outward symptoms, and sudden death is the only sign, especially in Doberman Pinschers1.

The smallest section of the paper titled “Histopathological Manifestation” has one of the most interesting facts in the entire review: “Histopathological changes vary from myocardial samples in dogs with DCM, reflecting the numerous underlying etiologies.” Simply put, biopsies, or samples of heart muscle from various dogs are showing multiple and variable changes to the cardiac tissue that indicate differing causative factors. These factors could include arrythmia, genetics, hypothyroid disease, doxorubicin (chemotherapy), myocarditis, digestive impairment, low protein diets, high fiber diets and deficiencies of l-carnitine, taurine, sulfur amino acids – among many others.1

While the gold standard of diagnostics in humans, cardiac muscle biopsy is rarely conducted in canines due to the invasive nature and high cost of the procedure. Traditional diagnostics used to rule out other diseases and arrive at a DCM diagnosis include, but are not limited to radiograph(x-ray), echocardiogram, electrocardiogram (EKG), 24-Holter monitoring, and cardiac biomarkers (blood testing). Often, many of these options are limited due to accessibility due to location and the cost prohibitive nature of some of these tests.

As a result of limited access to testing for various reasons, presumptive diagnosis and misdiagnosis are of concern. For example, both left and right sided valve disease may lead to characteristics that could lead to pathologies that resemble DCM. In addition, neoplasia, CHF, pericarditis and left atrial rupture can all cause pericardial effusion which leads to increased silhouette of the heart.1 Ignoring these other potential disease pathologies could lead to misdiagnosis and result in inadequate treatment.

As we’ve learned within the past two years treatment of cases of DCM vary widely, and are complicated by accompanying disease states, age and nutritional status – among other factors. In general, treatment of DCM depends largely on the severity of disease. Treatment for primary DCM can involve use of pharmaceutical drugs, management of arrythmias, l-carnitine supplementation, taurine supplementation, and diet change. Management of secondary DCM may focus on treating the underlying condition in addition to the treatments listed above.1

Choline – an abundant nutrient having several important roles within the body and potentially several that may influence DCM in different ways. In humans, choline is important for the regeneration from methionine from homocysteine. When choline is deficient elevated homocysteine elevations occur which likely increases risk of cardiovascular disease. Additional risks related to choline may be indicated by its involvement in the production of trimethylamine N-oxide (TMAO) which promotes inflammation and cardiovascular disease development in humans.1

This review states that choline is deserving of more research to determine if there is a relationship to DCM in canines. It’s important to call out that much of the information in the discussion on choline is from human data highlighting the knowledge gap in this area.

Methionine and Cysteine – These are sulfur containing amino acids which are involved in the synthesis of taurine. There are multiple factors that influence the synthesis of taurine from these two precursors. These influences include low bioavailability, thermal processing of food, diet formulation, deficiency of methionine which is a limiting amino acid – among others. In addition, sulfur amino acid requirements may vary between breed and size of dogs.1

Again, we need more research to determine breed, size and potentially age specific requirements for these nutrients.1 It’s also important to note that we lack the ability to measure functional adequacy of these nutrients highlighting another knowledge gap.

Taurine – Another sulfur containing amino acid, is not considered essential in dogs. This is because canines can synthesize taurine on their own. Taurine is an essential amino acid for cardiovascular function, skeletal muscle, nervous system function and as a component bile acids. Since the initial DCM investigation taurine has been questioned as being essential, however insufficient data exist to make any conclusions.1 That being said, canines with various cardiovascular diseases have been found to have low taurine levels. Further research is needed to determine if low bioavailability of taurine, low taurine synthesis and/or increased requirement of taurine are factors in these pathologies.

Taurine status is also deserving of more research. It is likely that various breeds, and disease states have different taurine requirements. In addition, several factors may influence bioavailability and synthesis of this amino acid. Variables affecting these factors need to be studied in a controlled environment.

Carnitine – Another nutrient that has been given attention is carnitine. This is because carnitine is beta-oxidized to generate continued energy, and 60% of cardiac energy production is through beta-oxidation. Therefore, deficiency or increased need of carnitine may cause cardiac dysfunction leading to cardiac disease such as DCM.1 Like other nutrition considerations discussed, functional assessments for carnitine status are lacking through blood testing. In order to accurately measure carnitine, biopsy of the heart muscle is required.

Taurine, carnitine and a variety of other nutrients and amino acids require specific balances of vitamins and minerals in bioavailable forms for proper function. Examples include, but are not limited to zinc, iron, selenium and niacin. This means that adequate levels of carnitine or taurine could be present but be unable to be utilized properly by the body.

Thiamine – Insufficient evidence exists regarding thiamine deficiency and cardiac function in canines. However, thiamine does play a role in the metabolism of carbohydrates, fats and specific amino acids. Thiamine can also be rendered unavailable by the presence of certain enzymes in some foods. In short, more research is needed to determine if thiamine deficiency, or lack of bioavailability, potentially contributes to the disease process of DCM in dogs.

Copper – Copper is known to play an important role of many enzyme functions, hemoglobin synthesis, nerve structure and function, blood vessels and various tissues. Copper deficiency on cardiac health has been studied in other species, but not dogs. While copper is routinely supplemented, it’s status could be negatively impacted by excess zinc and/or iron.1 This again indicates another knowledge gap in the area of canine nutrition and DCM.

Vitamin E – Vitamin E is a potent antioxidant which has links to cardioprotective mechanisms. Dogs with DCM have been found to have lower vitamin E in comparison to healthy dogs.

Selenium – Selenium deficiency may be related to reduced ability for cysteine synthesis. In addition, selenium deficiency results in increased oxidative stress, and decreases other antioxidant activity. Further, decreased bioavailability of selenium may inhibit the absorption of other metabolic constituents creating further complications. Additional research is needed to determine the involvement of selenium in the pathology of DCM.

Heavy metals and various toxins have well documented roles of nutrient interference in humans, canines and other species:

We know that DCM in dogs is not a new concern. Given that, we also know there are significant limitations to research studies currently available due to small sample sizes, sample bias, sample parameter inconsistencies, lack of complete data and known genetic predisposition. Extrapolating data from a small sample size to a large population can be highly inaccurate because subsets of populations are likely to skew results.

In addition, confounding variables and lack of control for independent variables can infer correlation when none exists.

The sample population from the FDA reports resulted from a call for submission of DCM cases in dogs eating suspect (boutique, exotic, grain-free) diets. This resulted in a polluted data set for multiple reasons, including breed reporting, media attention, lack of all confirmed and suspect DCM cases reported, and other confounding factors such as health status of the dog. These confounding factors include obesity and other underlying conditions and diseases.

As discussed, DCM has many etiologies, and many variables affecting disease manifestation. Considerable research is needed into these etiologies, and this paper largely serves as a call to action. While researchers state no definitive link can be found between DCM and ‘BEG’ diets, the largest points are that all etiologies of DCM need more investigation and science of nutrition is complex, and oversimplifying suspicions can lead to misguided and incorrect conclusions.